Poker has a cultural cachet few other games can match. From the glitz of Bond movies, to the television coverage of professional tournaments like the World Series of Poker, to the classic Dogs Playing Poker art – arguably one of America’s earliest memes – poker possesses a prime position in the public psyche. If you’ve never played, though, the idea of playing for real stakes might be daunting – not to mention potentially not legal in every jurisdiction. Here are some ideas about how to develop your game in a more forgiving setting free of stakes.

More and more people are playing the internet game than ever, with the number of new players over the pandemic period increasing over 200%. TechNewsWorld reports that possibly the biggest winner of the lockdown periods – the videoconferencing software package Zoom – has now become a favorite way for friends to play poker together when physical games aren’t possible. For the newcomer to immerse quickly, online poker can be a very efficient option. Many sites have helpful interactive features, from simple hand ranking guides all the way up to calculators that will provide pot odds and the probabilities of certain hands hitting whilst in play.

Poker and video games have a long history, dating back to the early 1980s when poker games were released for the Commodore 64 and ZX Spectrum platforms, and many of these can be downloaded from abandonware sites for the curious. As computing power has increased, some AAA titles have incorporated poker as a side quest – most famously Red Dead Redemption 2 where playing poker in the dusty saloons of its old Western setting is an intrinsic part of the game’s storyline. However, for players who’d like to pick up the game playing against computer players, rather than live opponents, there are dedicated games that can be played offline like Microsoft’s Texas Hold ’em Poker Plus. Some, like Prominence Poker, have streamers playing the game on Twitch if one wants to observe seasoned players at work.

There are very few better excuses to have a few drinks with friends and neighbors than getting together around a kitchen table to play some poker, particularly at the time of writing when a snowstorm enveloping much of the US renders outdoor pursuits a bust. The ubiquity of televised poker tournaments over the past couple of decades has brought it out of the bar back room into the home front room, and its now very easy (and cheap) to get poker sets with everything you’ll need to play – cards, chips; even dealer/blind buttons and shuffling machines – from many brick and mortar retailers. They’re particularly prominent in the ‘last season’ stores at this time of year when Christmas gift stock makes its way out from the department stores.

Poker in your pocket

Not everyone is able to dedicate periods of hours to poker and would prefer to play a few hands while they’re on public transport, say, or in waiting rooms. With internet coverage and speeds becoming better as every year passes, it’s viable to log into a poker game app on your cellphone from pretty much anywhere. Per one handy beginners’ poker guide, some of the best apps that don’t require actual betting include Zynga Poker, Replay Poker, and PlayWSOP. The trade-off over PC based online packages is they generally don’t have as many features – however, if you wanted less hand-holding this could be seen as a good thing. Zynga Poker offers free chips for opening the app every few hours, so if you do blow your stack, it isn’t long before you can get back in the game.

Poker of the future

For full immersion without the outlay of the card room, VR poker might be an interesting option. While the sector is still in relative infancy, there are already games for the HTC Vive, Samsung Gear VR and Oculus Rift/Go headsets. The VR game environment is maturing as the cost of entry continues to drop – it’s now possible to pick up a Rift for less than $300. As 5G coverage spreads across more of the country, these games will continue to advance. Being able to go to Vegas without leaving the house? You’ll be able to beat the airport security line and not just the dealer.

Poker is a game of learning. Sure, you’ll get a few lucky hands, and you’ll get away with bad calls sometimes because that’s how the universe works, but over time, skilful players win out. These days, you can join their rank without breaking the bank. 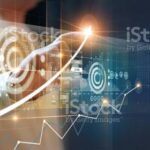 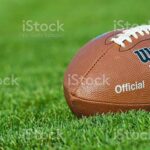 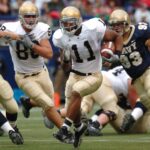 February 14, 2022
The Best Ways To Learn Poker With No Stakes The Best Ways To Learn Poker With No Stakes